Every now and then, ABC Family [now FreeForm] comes out with a show that makes you feel all the feels… The Fosters – for me – is one of those shows.

A young teenager in foster care is released from juvenile detention with nowhere to go and finds herself in the custody of a lesbian couple who have three other kids. This couple also takes in her younger brother. Throughout the show, the family goes through different trials as they live, learn, and love.

I’m a sucker for a good drama about families and teenagers, but I especially loved the twist on this one with the lesbian couple and the foster care system. Our flawed foster care system is not talked about enough and I really liked how this show dared to dive into this issue. Although homosexual couples are becoming more and more typical on television, I think it was very positive to show them as foster parents who are smart, successful, and loving.

Now don’t get me wrong, this show is extremely far-fetched in some areas, especially in the last two seasons. Without giving away too much, the kids save their school and get involved with immigration… and they get away with everything. I don’t particularly like that part, but I’ll put up with it, because by then I was already too invested in the show.

The story deals with tough issues like relationships with foster siblings, homosexuality and religion, drugs, brain injuries, immigration, cancer, and so much more! Also, the show knew it was getting cancelled, so they wrapped up the story nicely, so no loose strings.

I recommend giving this show a shot if you like guilty pleasure shows like Greek, Pretty Little Liars, Riverdale, 90210, etc. 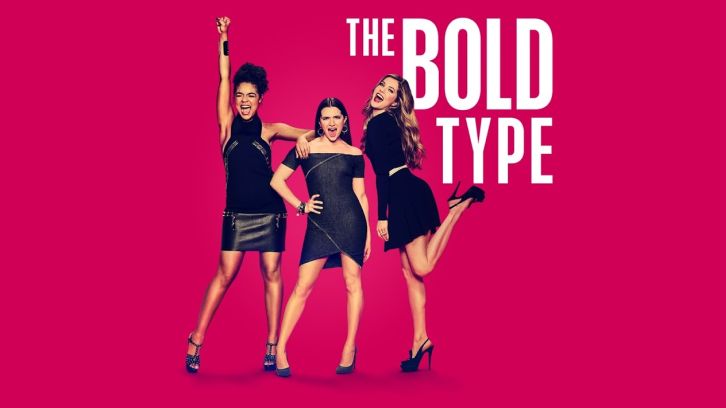 You didn’t fail. You just failed. Sometimes, you’re just going to fail.
That’s what it means to be a professional. -Jacqueline Carlyle

I saw a commercial raving about The Bold Type over the summer and have been hoping for a chance to watch it for months.

Three twenty-something women navigate their professions as they live, love, and learn in New York City while working at Scarlet Magazine, a Cosmopolitan equivalent.

The Bold Type is my kind of show and I enjoyed every second of it!

Although I did not necessarily agree with all of the values of the show, especially involving sex, I liked how it featured females in professional roles as strong, independent, and empowered. Each main character represented a different type of girl out there: Kat- the leader who is questioning her sexuality; Jane- the newly promoted who is more reserved and learning to put herself out there; and Sutton- the assistant who dreams of more and worries about taking risks.

The show definitely portrays the professional publishing world of NYC as super fast-paced and flashy and I don’t think it is an accurately portrayal in the least. The characters never seem to have consequences to their actions, are continuously on their phones or chatting in the fashion closet, and are dressed in high fashion clothes with entry level pay. BUT I think there are plenty of lessons to be learned involving growing up, being yourself, and fighting for feminism.

I highly recommend for those who enjoy shows with strong female leads, teen/twenty-something drama, and lessons to be learned.

Have you seen The Bold Face? What did you think?

There is no way I can possibly sum up Pretty Little Liars in one word or even a few words, but I am proud to say that I have officially watched every episode of all seven seasons. I have a lot on my mind about this show, so please beware that this review will contain spoilers, so continue reading at your own risk.

Five best friends. One is the leader, the rest are her followers. They are all friends because of her. She goes missing. One year later, the remaining four girls begin to receive texts about their secrets from the mysterious A. These texts require action, so that their (or those they loved) secrets won’t get out. The girls embark on a journey to discover what happened to their friend and find out who A is.

Ever since its pilot I have had a love/hate relationship with Pretty Little Liars. I was a freshman in high school when it was announced that Pretty Little Liars was going to be adapted to a television show, so I read the first book. The plots of the show dominated many of our (my friends and I) conversations as we tried, along with the liars, to figure out who A was.

Fast-forward three years. It was mid season three and I was absolutely fed up with this stupid show. Pretty Little Liars loves to dangle clues in your face that never seem to connect with anything and leave every episode on a cliffhanger. I was so frustrated that nothing about this show made sense that I just decided that I wasn’t going to watch it anymore. I quit cold turkey.

Fast-forward again. Six years later, I am a married college graduate. I see Pretty Little Liars pop on my Netflix every day. I can’t help, but become curious as to what became of the show, so I decided I would watch the show as soon as the series had a finale. Well, Pretty Little Liars finally ended in 2017, so I watched it from beginning to end.

For a show that wasn’t supposed to be fantasy, Pretty Little Liars did a darn good job at being the most unrealistic show on the freaking planet. I am okay with a plot being a bit far-fetched, because I love a good story, but that was thrown out the window of PLL pretty early on. My biggest frustration of unrealisticness (is that a word?) is that everyone in Rosewood, besides Hanna, is a tech wiz. They can hack computers, tap phones, and steal like it’s nobody’s business. Those type of skills could not be learned overnight. Also, everyone is rich. Literally, everyone. They wear designer everything, have nice cars, and practically eat out three to four times a day. Emily finally gets a job, but she is a terrible employee, because she is always dealing with her social life, but of course she has no consequences to this.

The show takes part in a couple time jumps, my favorite being the five year jump from high school seniors to college graduates. Four out of the five graduate college and have amazing jobs. Like they are career women with a crap ton of money at the ripe age of 23. You don’t just land jobs like that right out of college, you have to start from the bottom and work your way up. Then the next time jump, they are practically all married with kids at the ripe age of 24. Like c’mon, make one of them a failure.

I’m not sure what was going on with the costume designers on the set, but some of the outfits were pretty bad. There are threads and blog articles dedicated to the wacky outfit choices of four (later five) teenage high school students. Nobody, okay maybe that one girl, wears high heels and tight dresses to school. Maybe for homecoming or a special occasions, but not every single day. Those girls would have been laughed at for sure, but of course nobody looks twice at the girls in small town Pennsylvania who dress like they go to a New York City prep school. I just didn’t see it.

This goes back to the unrealistic aspect. A great show would have had ONE anonymous bully (aka A), not three and a dozen henchmen. I don’t buy that there were three different people who were mentally insane enough to torture and bully five practically innocent people. Mona should never have been an A and Alex should never have even freaking existed. They should have stuck with the Ali had an evil twin plot and used that for about four to five seasons and ended it there or stuck with Charles/Charlotte the entire time. This is one of those shows that starts to go downhill, because the people running it are money hungry.

What is up with at least half the town having been in Radley or Welby? Literally, like at least five people did time in a mental institution. Have one mental patient is a stretch enough, but a dozen? Also, these mental patients have no issues sneaking out or getting what they want which seems to be a bit fishy to me.

I didn’t rant as much as I had planned, but I kind of feel relieved now that I have seen the show and it is over. All in all, Pretty Little Liars is a good teenage mystery show for a few seasons and then takes a deep turn for the worst. It ran for two to three seasons too long and was basically a comedy by the end, because the plots just kept thickening and obviously being pulled out of thin air. Watch at your own risk, but be prepared to ask yourself what the heck is going on for a good part of it and then be angry that most of the clues don’t lead anywhere, but the ones that do leave you questioning whether this show had any real story line to begin with.

Did you watch Pretty Little Liars? Did you think it was far-fetched and taken WAY too far?

Did you like this review? Pin it for later: 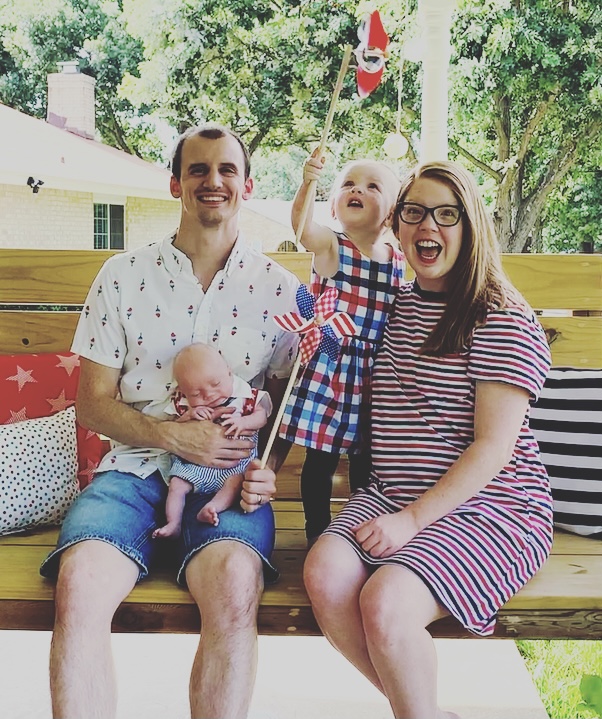 Quote of the Month

“In our waiting, God is working.”
– Unknown